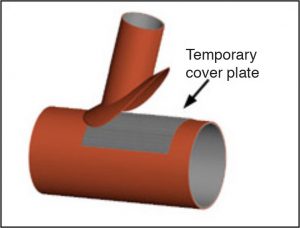 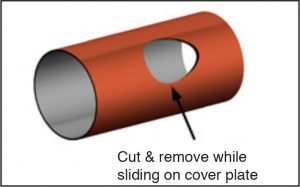 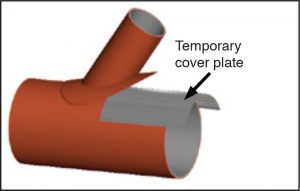 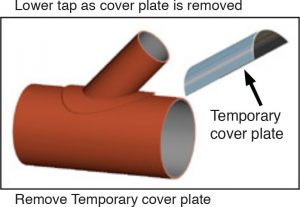 Please see the page, Taps on Live System, for a test report, summarizing an experiment to show that ATS saddle taps can be applied to main ducts while the system is in operation