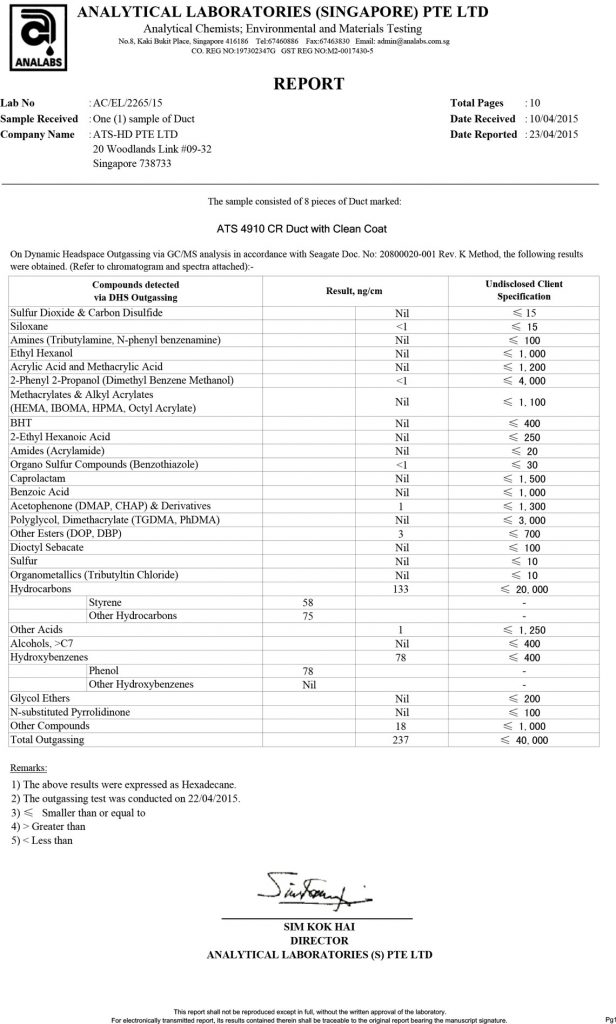 Since 1993, ATS has tested its organic compounds for offgassing in order to be conscientious to the high tech industry. In 1993, ATS tested to the then-current standard, SEMI E46-95. In 2012, ATS tested in accordance with the protocols set out in ITRS, the International Technology Road map for Semiconductors. That test report is shown below. In 2016, ATS was evaluated in an operating cleanroom in a state-of-the-art fab of one of the world’s largest semiconductor manufacturers. Following the evaluation, ATS was approved by that company’s microcontamination department for use in their cleanroom. Note that the ITRS standard for organic outgassing is 26,000 parts per trillion (pptv). ATS’ ChemBond™, tested in close proximity to the wafer, had only 14 pptv of organic outgassing. ATS levels were (26,000/14 =) 1800 times below the ITRS standard. 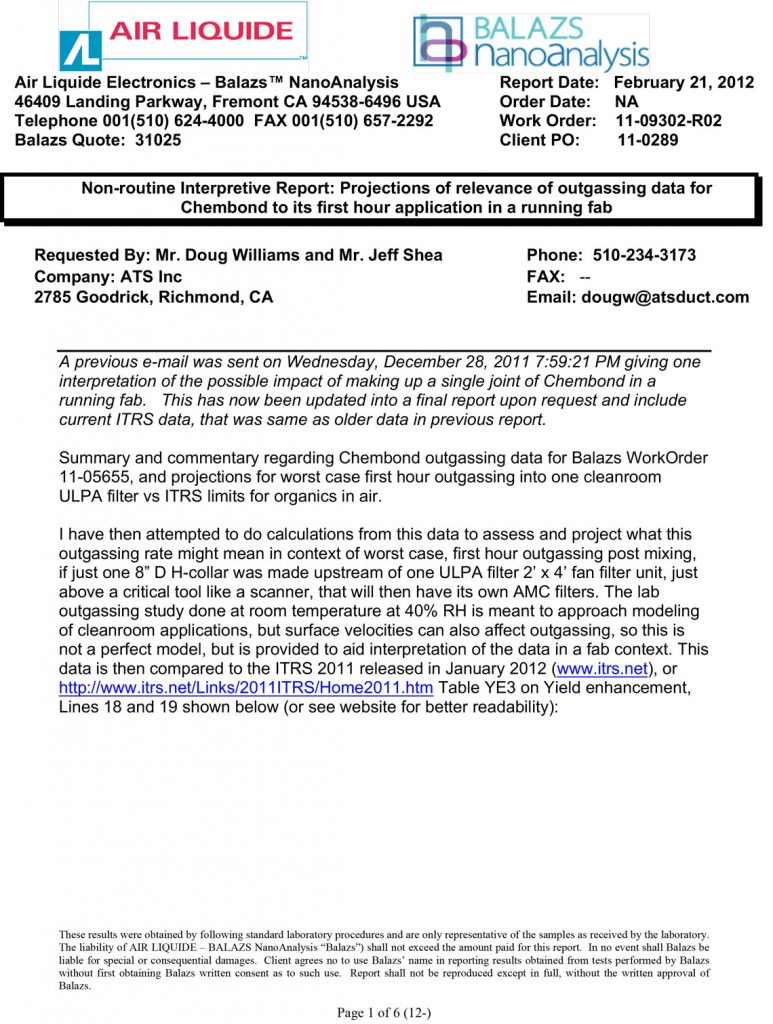 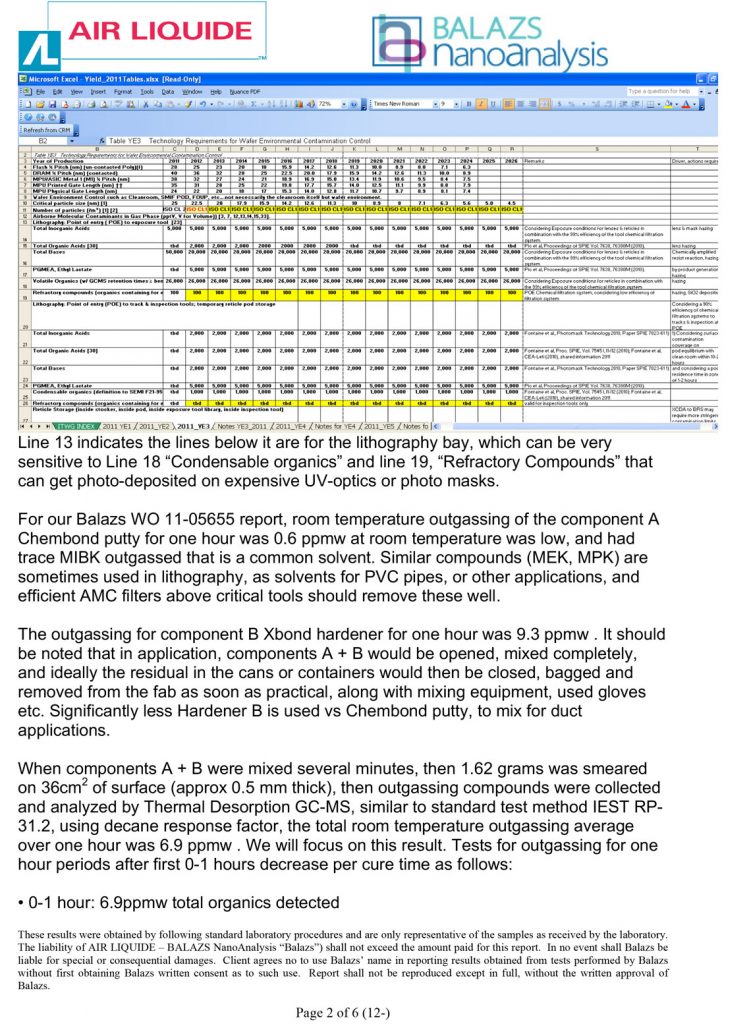 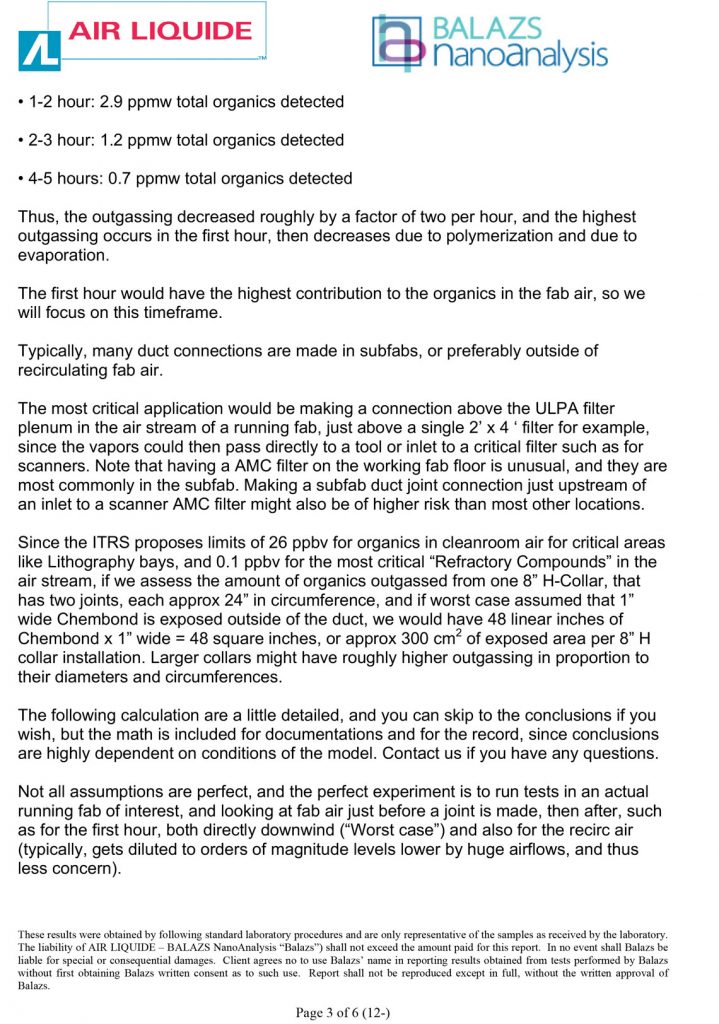 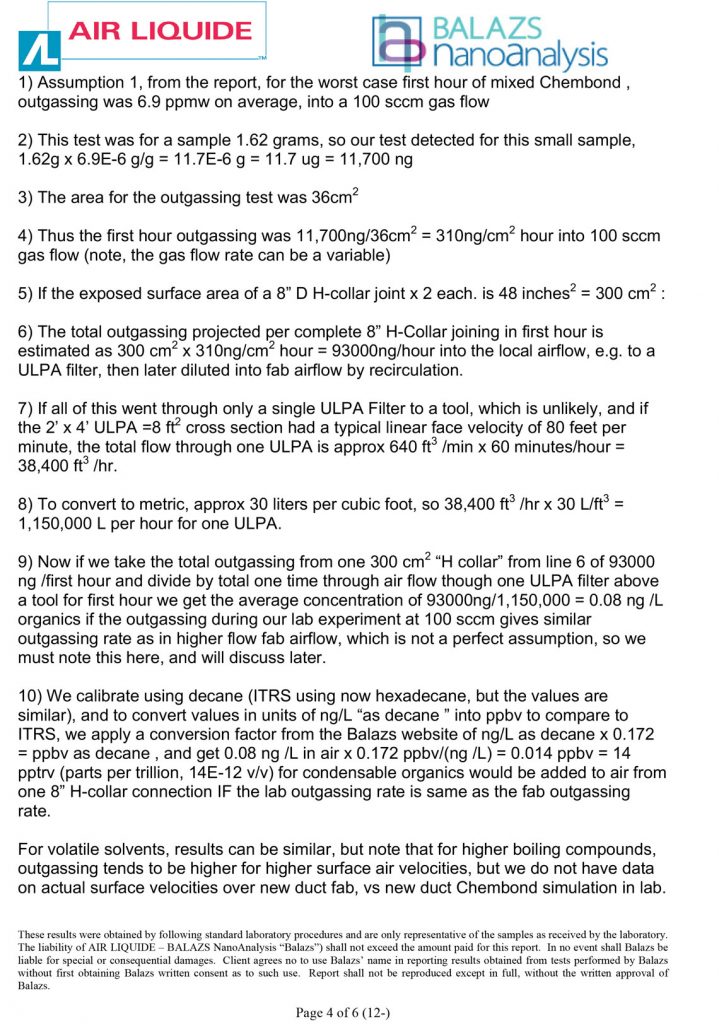 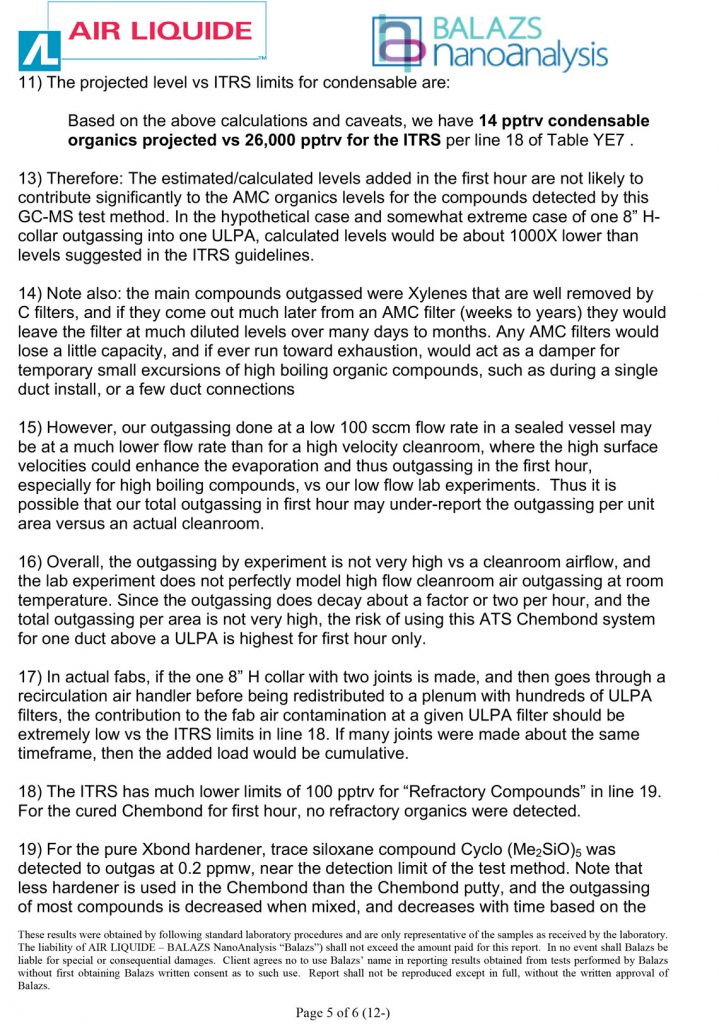 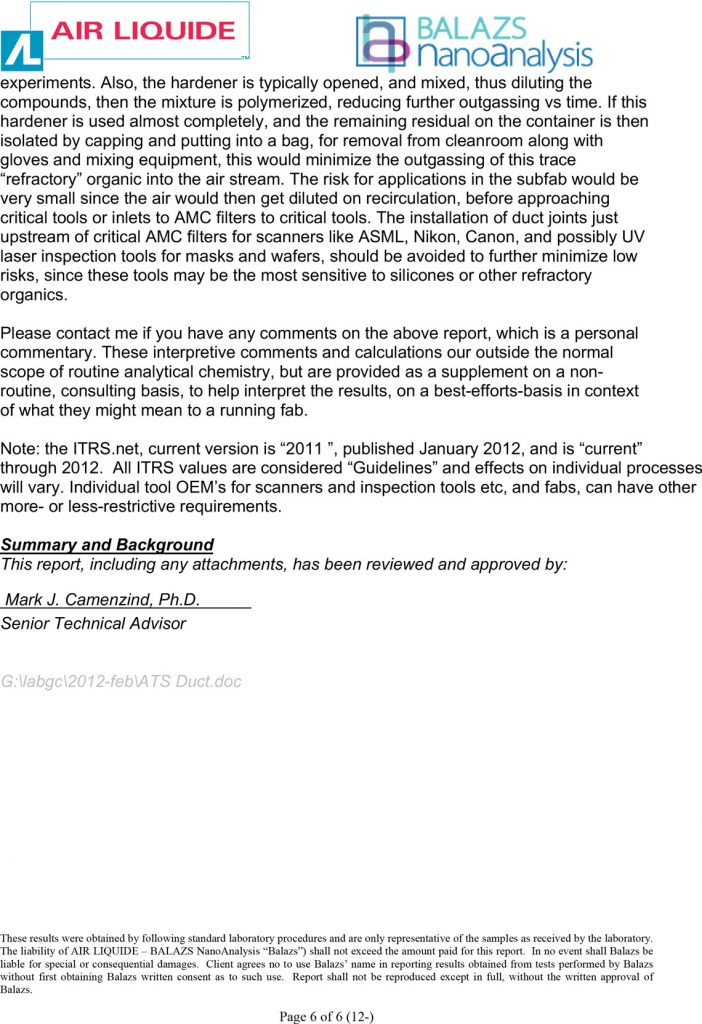